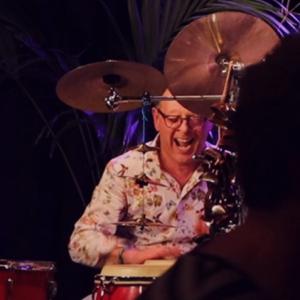 Peter Van Woensel was born in Heist op den Ber and is a very versatile and experienced percussionist. After his classical education, he took lessons in the Antwerp jazz studio and at the Conservatory of Havana (institut National del Arte Cuba). In order to master the Brazilian rhythms, he lived in Rio for a while and came into contact with various samba schools there.

He followed percussion with masters such as Chris Joris, Nippy Noya, Bart Fermi, Martin Verdonck, Mamady Keita and Dave Pike. Peter is a much sought-after percussionist.

He has been an atmosphere and ambiance maker at Pati Pami since 2018.